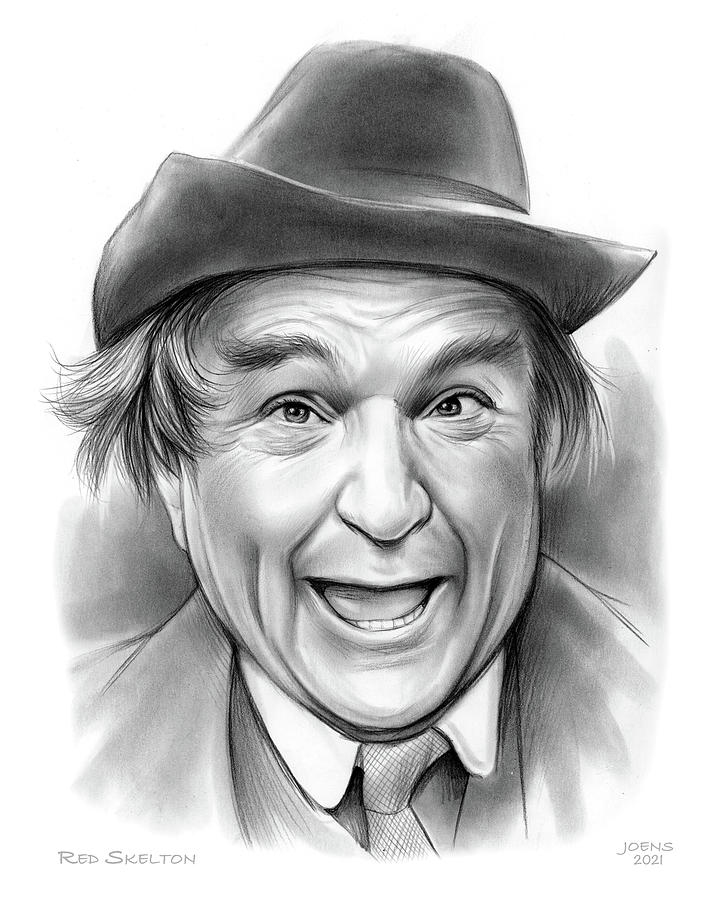 Red Skelton - pencil is a drawing by Greg Joens which was uploaded on October 15th, 2021.

Richard Red Skelton (July 18, 1913 – September 17, 1997) was an American entertainer best known for his national radio and television shows between... more

Richard Red Skelton (July 18, 1913 – September 17, 1997) was an American entertainer best known for his national radio and television shows between 1937 and 1971, especially as host of the television program The Red Skelton Show. He has stars on the Hollywood Walk of Fame for his work in radio and television, and also appeared in burlesque, vaudeville, films, nightclubs, and casinos, all while he pursued an entirely separate career as an artist.