Need your order in time for Christmas? Check out our Holiday Shipping Deadlines. 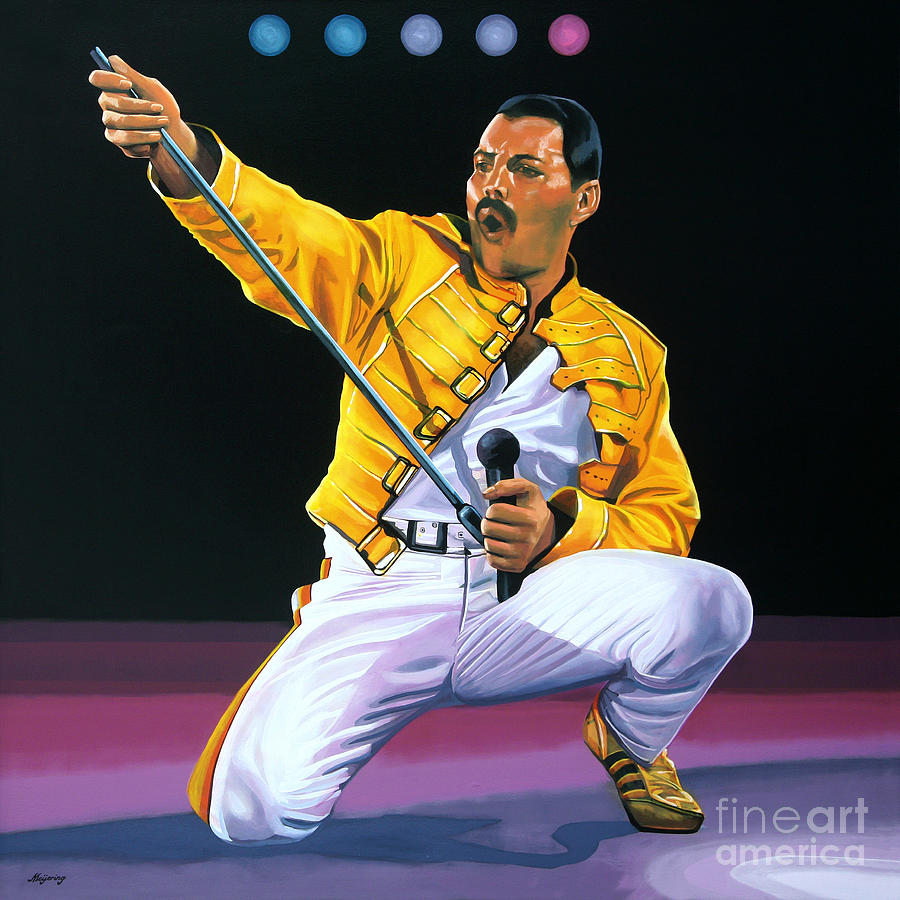 Freddie Mercury Live is a painting by Paul Meijering which was uploaded on September 24th, 2015.

Realistic acrylic painting of the British singer, songwriter and producer, best known as the lead vocalist and songwriter of the rock band Queen;... more

Realistic acrylic painting of the British singer, songwriter and producer, best known as the lead vocalist and songwriter of the rock band Queen; Freddie Mercury, painted by the Dutch fine artist Paul Meijering - The Original painting is 120 x 120 cm and is SOLD

Freddie Mercury (born Farrokh Bulsara; 5 September 1946 - 24 November 1991) was a British singer, songwriter and record producer, widely known as the lead vocalist and songwriter of the rock band Queen - and widely known for his flamboyant stage persona and four-octave vocal range.

Mercury wrote, composed and performed numerous hits for Queen ("Bohemian Rhapsody," "Killer Queen," "Somebody to Love," "Don't Stop Me Now," "Crazy Little Thing Called Love," and "We Are the Champions."); occasionally served as a producer and guest musician (piano or vocals) for other artists; and concurrently led a solo career while performing with Queen.

Mercury was born of Persian descent in Tanzania and grew up there and in India until his mid-teens, before moving with his family to Middlesex, England - ultimately forming the band Queen in 1970 with Brian May and Roger Taylor. Mercury died in 1991 at age 45 from complications from AIDS, having acknowledged the day before his death that he'd contracted the disease.

Paul, congratulations on your sale!

🌸 Congratulations on your recent sale of a wonderful work. 😊

Thank you so very much, Robyn, for your compliment, support and the feature in your wonderful group!!;-))