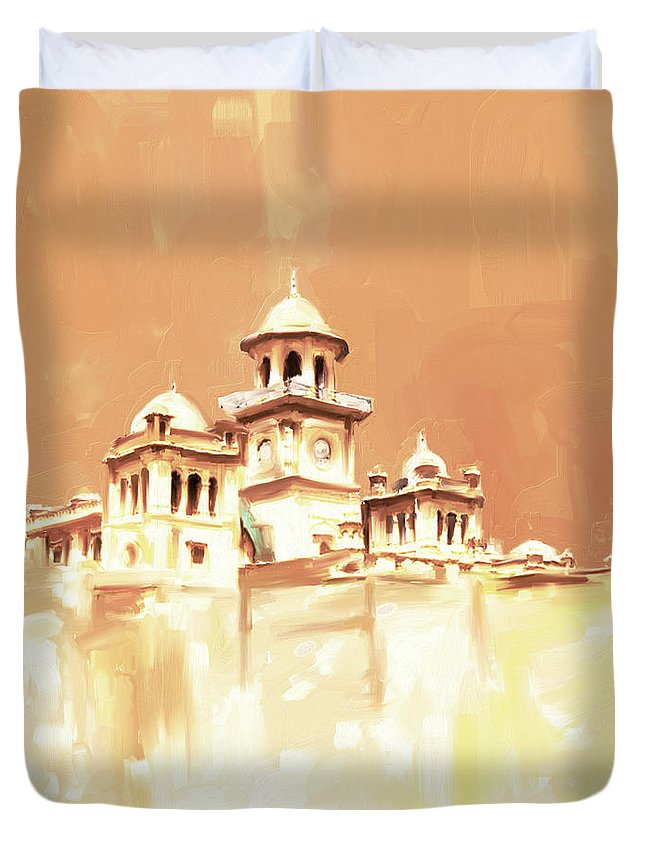 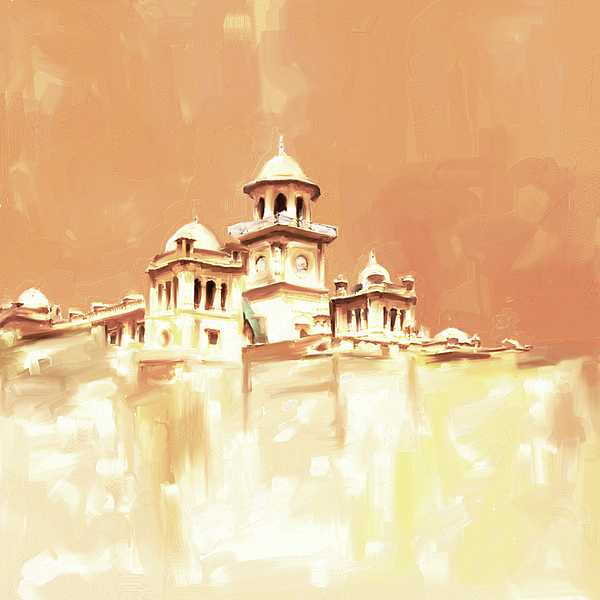 Queen duvet cover (88" x 88") featuring the image "Painting 795 2 Islamia College Peshawar" by Mawra Tahreem. Our soft microfiber duvet covers are hand sewn and include a hidden zipper for easy washing and assembly. Your selected image is printed on the top surface with a soft white surface underneath. All duvet covers are machine washable with cold water and a mild detergent.

I love my duvet cover! The picture is amazing and the duvet cover is so nice to sleep in. Just a little big for the danish sizes of duvets, but it’s fine ☺️

Really wonderful. Easy to set up duvet. Colors weren't as bright but was still very beautiful. My guest loved it.

Produce is very nice, very good quality and I would have been perfectly happy EXCEPT I was sent the wrong size - I ordered twin size and was sent double size.

Very disappointed that the cover has a large flaw in the material. I sent a message the day it arrived and nobody contacted me. I am attaching a photo. Hope someone will get back to me on what I need to do. Terry Chacon

Islamia College, Peshawar is a public research university located in midst of Peshawar, Khyber Pakhtunkhwa, Pakistan. Founded by the personal initiatives led by Sir S.A. Qayyum and Sir George Roos-Keppel in 1913, it is one of the oldest institutions of higher education in Pakistan, and its historical roots are traced from the culminating point of the Aligarh Movement. The university provides higher learning in arts, languages, humanities, social sciences and modern sciences. In 1950, the University of Peshawar was founded as an offshoot of Islamia College Peshawar, with the later being associated to the university as a constituent college. Initially established as Islamia College, it was granted university status by the Government of Pakistan in 2008; the word college is retained in its title for preserving its historical roots.